We have just arrived home, and the world is much the same as it was before we travelled. The focus is on:

The USA is bombing the country, spreading death and destruction as they get closer to bin Laden.

The hijackings and attacks against the World Trade Center were a genuine act of criminality. We view it as criminal, a frighteningly insane attack. It expressed contempt for human life and is against everything that Islam stands for.

The USA was attacked with terror and is an injured party. The USA has a right to retaliate. We believe that Islam also allows for this. Even hatred of a people must not incite us to act with injustice. (5:8) The USA has this right.

We would like to point out two things:
a.) The attack challenged human worth. The Koran emphasises this when it says that the killing of an innocent should be looked upon as though all mankind were killed (5:32).
b.) The attack also challenged a culture: our culture and our way of living, about which we can well be critical and wish to exchange it for another. But do this in a civilised manner; commit no injustice, in the spirit of the Koran.

We could have avoided certain negative aspects of the action, which now is not without revenge, and a demonstration of the USA’s strength. (Is it, for example, necessary that all “foreigners” be killed, and barely a few allowed to surrender?)

The “Third World War” is said to be against “religious totalitarianism”. There we have gone wrong. Important problems are being ignored, such as:
a.) The fight against poverty. The unjust distribution of the world’s resources. The destruction of the environment.
b.) Nihilism, irresponsibility and a lack of solidarity between people from different parts of the globe.
c.) Materialism, “self-realisation” by pecuniary means.
d.) The injustice that rules in many places, for example the Middle East.

These are important problems that those “at the top” will not allow us to forget.

Palestine is always in focus and will continue to be so until the Palestinians have recovered their rights.

It is however remarkable that Sharon, Israel’s prime minister, is being tried for war crimes by a court in Belgium. In 1983, Sharon was held “personally responsible” for the massacre of several hundred Palestinian civilians, among them women and children, when Israel occupied Beirut. The Christian Falangists were responsible for the slaughter, but Israel’s troops, under Sharon’s command, stood by and watched. More than 600 bodies were found after the massacre, and over 1,800 people had “disappeared”. Some, it was said, were taken by the Falangists and others by Israel. Since then, no one has seen them.

So the world is as it has always been, the media focusing on the USA and Israel as it will continue to do. 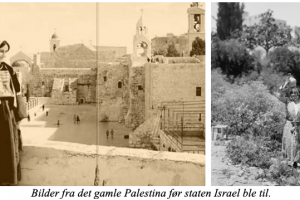